The Carnival of Navona Square 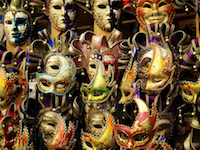 Navona Square is by far one of the most beautiful squares in the world. Throughout the centuries, it has been the backdrop of many events and still today, the district surrounding this elegant square, with its narrow streets and old and characteristic little houses, completely plunges us in a magic and unique atmosphere, throwing us back in time.

Among the many events that were hold in Navona Square over the centuries, how could we not mention the famous Roman Carnival!

Top 10 Restaurants in Rome Part #2: local trattorias for all tastes and budgets 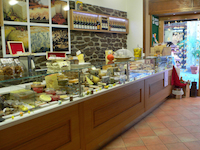 In our previous post we talked about the Top 10 Restaurants you can find in Rome. We narrow down a list of 100 restaurants ranked by the well known food magazine, Scatti di Gusto, to the top 5 high-level, Michelin-Starred, Restaurants in the Eternal city.

Since the list of the finest trattorias was presented in alphabetic order, we mixed it up a little bit, just for fan, including some of our favorite places.

Top 10 Restaurants in Rome: from Michelin-starred restaurants to local trattorias

This list of the Top 10 restaurants in Rome will be especially enjoyed by foodies, and by many of our beloved travelers who are eager to discover local cuisine and food specialties.

In the Eternal City, we are lucky enough to have thousands of restaurants at our doorsteps, but just a few can be list among the very top when it comes to the food they serve.

Day trips from Rome: the Monastery of S. Benedict 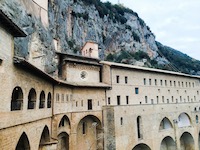 From time to time we love to go on tour ourselves to explore the beautiful Roman surroundings. This time our Rome is Easy tour guides, Nicole and Giulia, have decided to explore the Monastery of S. Benedict in Subiaco.

Museums in Rome: The National Roman Museum - Baths of Diocletian

Among the beautiful museums you can find in Rome, the National Roman Museum, is an open-air aerea made of several branches, such as the Palazzo Terme Massimo, Palazzo Altemps, the Crypta Balbi and the Baths of Diocletian.

Located just a few steps away from the chaotic and bustling Termini Train Station, this suggestive Museum, a structure of more than 3500 m2, was composed during the ancient Roman time by a series of environments, such as gymnasia, libraries, swimming pools, and rooms that were the very heart of every thermal complex.

The lunch, called prandium, was a quick meal, made of fish, bread, fruit, legumes, and wine.
Dinner was the main meal of the day. During the coena, Ancient Romans used to eat on the triclinaria. The most important ingredient of their cuisine was the garum, a kind of brine, that probably replaced salt and that was very expensive.

Shopping in Rome: Shopping Malls in Rome from clothing to food

Weather you are looking for fancy designer brands of cheap chic, shopping in Rome is always a fun and entertaining experience.

Shopping malls in Rome can offer the perfect alternative to a walks through boutiques and independent shops in the city center, especially during cold and rainy winter days.

Read more: Shopping in Rome: Shopping Malls in Rome from clothing to food

Among the many things to do in Rome, joining a food tour is certainly one of the best way to enjoy the Eternal City, discover its food traditions and its most hidden corners.

Our Veggie food tour of Rome is the perfect option if you are looking for an experience that combines a sightsee of Rome with a tasting of healthy recipes.

What to do on Halloween in Rome

If you happen to be in Rome on Saturday 31st, and you are wondering what to do on Halloween in Rome, you may need this list of activities to enjoy the scariest day of the year!

Read more: What to do on Halloween in Rome

Castel Sant’Angelo is certainly one of the most beautiful monuments in Rome, and it starts growing popularity among travelers from all over the world.

Built around 123 A.C., Castel Sant’Angelo was erected at first as sepulchre for the Emperor Hadrian and his family. This incredible monument had a unique destiny in the Roman history.

In this post we are going to show you how to prepare one of the most delicious Italian chicken recipes, typical of the Emilia-Romagna region’s culinary tradition.

The Italian name of the recipe is “Pollo alla Cacciatora”. The word "pollo" means "chicken" in Italian. “Cacciatore” is the Italian word for hunter, probably coming from the use of herbs, such as rosemary and garlic, which were used by hunters to cook the prey.

This site uses cookies. By continuing to browse the site, you are agreeing to our use of cookies